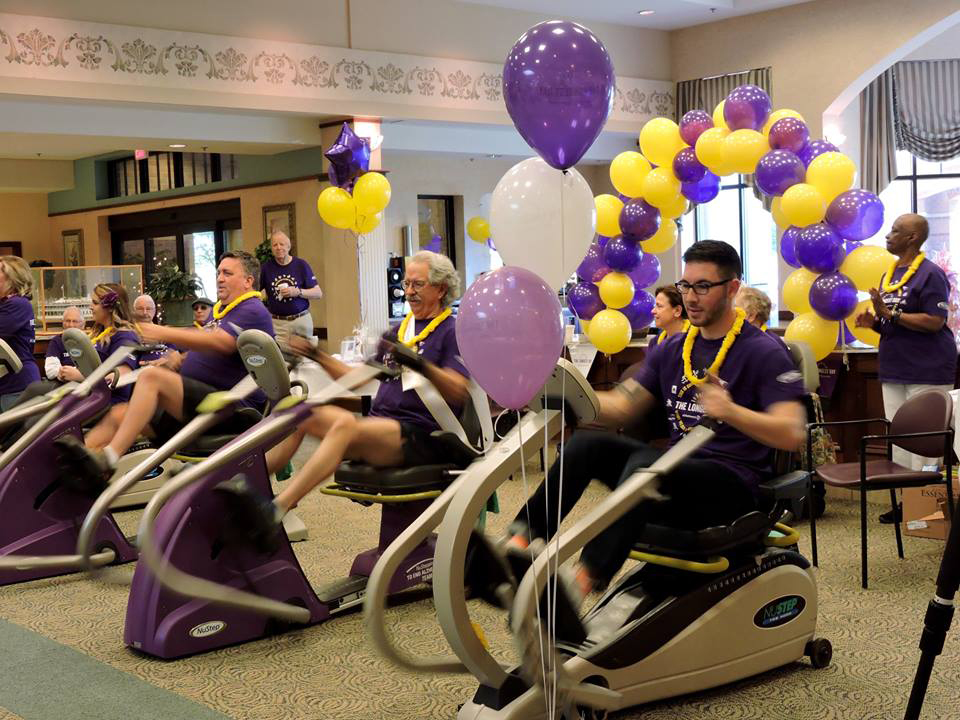 ANN ARBOR, MICH. — Sept. 18, 2017— The results have been tallied and NuStep, LLC is proud to announce that its NuStepping to End Alzheimer’s teams raised $243,094 to benefit The Longest Day®, an Alzheimer’s Association fundraising event held each year on the summer solstice.

NuStep, a manufacturer of cardio exercise equipment used in healthcare, fitness and senior settings, has been a global team partner of The Longest Day since 2014. That year, the company launched its initiative, NuStepping to End Alzheimer’s, as a vehicle to raise funds for The Longest Day and to increase awareness about the role regular cardiovascular exercise plays in promoting brain health and reducing risks of cognitive decline.

NuStep reaches out to customers in senior living community and senior center settings, inviting them to form teams, recruit participants and hold NuStepping relay events at their locations on the first day of summer. This year, 203 teams across the U.S. stepped up to meet NuStep’s challenge and over 5000 people – largely residents and employees at senior communities – participated this summer. Fundraising continued until August 31.

NuStep Vice President of Sales and Marketing, Steve Sarns says, “The enthusiastic participation and generous support of our teams is fueling the success of NuStepping to End Alzheimer’s. Their remarkable efforts over the last four years have helped us raise over $667,000 for the Alzheimer’s Association.”