Getting on The Biggest Loser Ranch 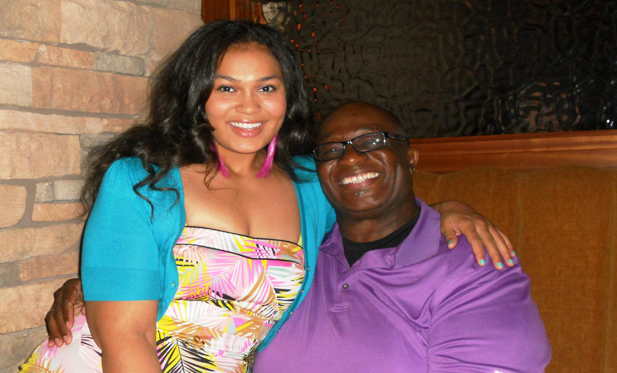 Prior to our season of NBC’s The Biggest Loser my dad, O’Neal Hampton, had never really seen an episode of the show. He knew what it was about and what they did but never fully watched a season.

I on the other hand was a faithful watcher and had seen most seasons. In the summer of 2009, I made a big move out of state for work. I left my home and family in Minnesota and packed up to Arizona for the summer.

One day, my cousin and I were talking about reality TV shows and I told her a few of my favorites, The Biggest Loser being one of them. Immediately, my cousin said, “Try out!” I really wasn’t okay with the idea. The last thing I wanted to do was go on national television and show all of America what I had let myself come to.

My cousin persisted though and after a week of persuasion, I finally committed to going to the tryouts. I drove two hours in unfamiliar territory, thinking I must be crazy for doing this. Finally, I was in the parking lot staring at the entrance and the audition line.

I was ashamed and embarrassed. I did not want to go in. I finally mustered up the courage to take the first step towards the rest of my life and went inside to audition. I stood in line with hundreds of other potential contestants and felt sick to my stomach the whole time.

They asked where my partner was so I showed them a picture and explained why my dad was in a different state. “Great!” they said, “Do you think he could fly to Arizona for a call back interview?” The next thing I knew we had set up a one-on-one interview.

There was just one small detail to sort out…. My dad had no idea I had tried us out for the show!

My stomach was in knots about the whole thing and on top of that I had to call my dad and tell him I sighed up for a weight loss show. Was I completely crazy? This was not going to be easy. I finally got up the nerve and called my dad.

When he answered I said, in a small, shy voice, “Hey Dad. Don’t be mad, but I tried us out for NBC’s The Biggest Loser and they want you to fly out to Arizona and audition.”

My dad didn’t believe me for a second. He went on to ask about the weather and how my summer was going and I stopped him mid-sentence and told him how serious I was and how we needed a change in our lives.

My dad says he had never heard that tone from me before. It left him with no other option but to get on a plane the next morning and come down to Arizona to support me, and in the long run, change his life forever as well.

It was another couple of months of waiting, more auditioning, phone calls and emails until finally, on October 1st, we found out we made the show. From that point on, our lives were forever changed!

Stay tuned for next week, when my dad will tell you all about how he discovered the NuStep recumbent cross trainer on The Biggest Loser Ranch and the impact it had on his time there.

SunShine Hampton was a contestant during the 2010 season of NBC’s "The Biggest Loser," during which she became a fan and frequent user of NuStep. Today, SunShine uses NuStep in her Ironman training regimen, and her celebrity status to help educated others on the value and importance of exercise and nutrition. SunShine Hampton is a NuStep spokesperson.