Not A New Pump, Rather A NuStep 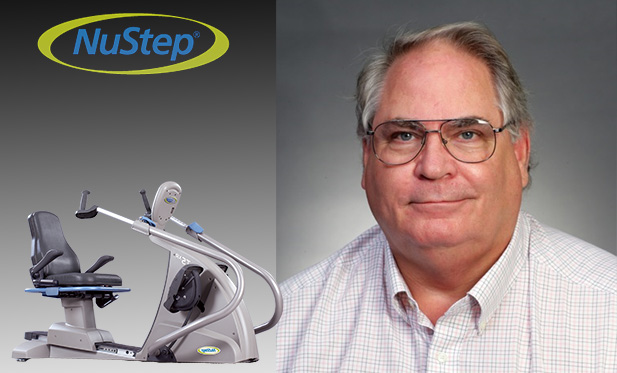 Disclaimer: I have no financial interest in NuStep, LLC nor did I receive or agree to receive valuable consideration of any kind for writing this article.

My name is Gary Grist. I retired in December of 2014. Anyone who retires thinking all their problems are solved should think again; finances, healthcare, estate planning, etc. My primary concern, however, was not any of those things. I was primarily concerned with staying active, now that I was not going to work every weekday.

My health is not the best; I am an overweight, hypertensive diabetic with metabolic syndrome. This is not the best health to be in during my retirement years. So I started searching to find a way to exercise for my unique health needs.

I always hated exercise. Since I was in my 20’s my lower back had always been in pain. Exercise was always a trade off. Things like jogging, treadmills, exercise bikes, weight training and even just distance walking were good for my health but killed my back. I was never able to maintain any consistent exercise habits because the back pain eventually became intolerable.

I like swimming, but it is always such a hassle to pack-up, drive to the pool when they had aerobic classes, get wet, dry off and then come home. And this was difficult to do every day, particularly during bad weather.

One day I visited the local YMCA to see what programs they offered for people in my predicament. They had a huge room filled with exercise equipment of all kinds and plenty of perky advisers to help me.

Some of the equipment was being used by “Y” members, but most machines were vacant except for one kind. Lined up along one side of the room were five identical exercise machines. Each of these five machines was occupied and being actively used by an older individual (both men and women) like me. And there was a line of people waiting to get on these machines. I asked one of the advisers about this machine and she said it was a “NuStep.”

Eventually I was able to try out one of these machines and I spent 60 minutes moving my arms and legs with both speed and resistance.

I could easily work up a sweat and reach my target heart rate. I must have overdone it my first time because I was a little dizzy when I finished and stood up. But I wanted to push it
to see if my back could take it.

In fact, my back didn’t hurt at all! For the first time in 40 years, I actually felt invigorated after working out. So I went home and began researching the “NuStep.” I found lots of information on Google and YouTube. I learned that the NuStep is one of the most popular exercise machines used in rehabilitation centers and retirement homes.

Often when the first NuStep arrives, the facility has a party to celebrate. In smaller towns, the arrival of the first NuStep is front page news in the local newspapers. The NuStep concept was proposed in the 1980’s by an exercise physiologist working in cardiac rehabilitation.

He recognized that many older or disabled patients could not safely or effectively use the existing exercise equipment to get their heart rate up. Ever see someone stumble and fall off a treadmill? It can be nasty!

In addition, his mother had multiple sclerosis and was wheelchair dependent. She could not effectively perform cardio exercises either. So in 1987, with his father, a retired engineer, they came up with a new concept; an exercise machine for people who can’t exercise.

The NuStep concept could be used to help all kinds of patients; stroke patients, paraplegic patients, quadriplegic patients, and amputees. It has been used in cardiac care, for weight loss, arthritis, neurological conditions, spinal cord injuries, brain health and rehab-to-home.

It has benefits for range of motion and maintaining muscle mass in disabled or older patients. One special education school has found that autistic children really like the NuStep because it provides a comfortable and relaxing repetitive motion, that they will stick with, rather than being bored on a treadmill.

The interesting back story for perfusionists is that the exercise physiologist is Steve Sarns and his father is Richard Sarns, who started Sarns Medical back in the 1960s.

A perfusionist operates the heart/lung pump during open heart surgery. Dick Sarns designed and built some of the first mass produced heart/lung pumps until the 1980s when he was bought out by 3M Corp.

I have used many of his pumps over the years. They were built like an Abrams tank, meant to last a lifetime. I thought if Dick’s NuStep is built anything like his pumps, it would be a quality piece of equipment.

So instead of joining the local YMCA and waiting in line to use it, I decided to buy own NuStep so I could use it at home anytime I wanted; day or night, rain or shine. NuStep LLC only makes three exercise machines, all of the same basic design.

The equipment is somewhat pricey. I bought the T4R. After the purchase price, shipping and set-up, it cost about $4400. My treadmill cost about $3000 five years ago, but I can no longer use it (however my wife still does).

I think I will be able to use my NuStep for the rest of my life, even if I become partially debilitated by one of the common old age infirmities. There is a YouTube video of a woman over
100 years old using a NuStep.

Richard’s and Steve’s desire to transform lives for the better is at the heart of their company. For example, NuStep, LLC established the Pinnacle Award® in 1998 to recognize senior organizations supporting healthy aging through whole-person wellness programming.

Both in form and function, the NuStep reminds me of the time machine from the 1960 Rod Taylor movie. I am seated like the time traveler and when I pull the levers time seems to pass quickly. I have never understood the “runner’s high” before because I was always dealing with back pain during exercise. But now, pain free, as I focus my mind and energy during my workout, I have clarity of thought.

It was during a NuStep workout that I was inspired to write this article.

I got my NuStep in March of 2015. I use it once or twice daily for 35 minutes. I have lost a little weight but the biggest change has been in my blood pressure.

A variety of featured NuStep users and owners tell how their NuStep recumbent cross trainer has helped them TAKE THAT STEP to improve, and even change their lives.