Exercising on the NuStep may be beneficial for polio survivors 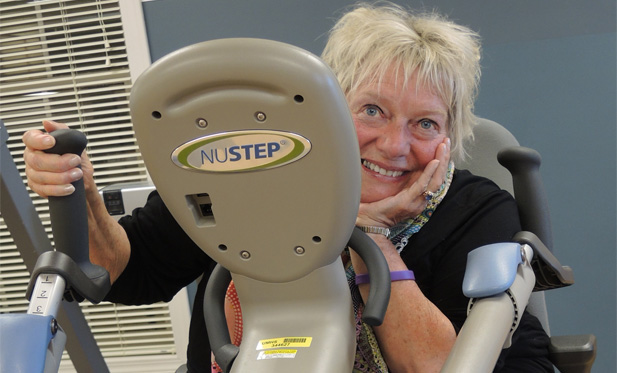 Currently, there are about 12 million Polio survivors. The first effective polio vaccine was developed by Jonas Salk in 1952. It wasn’t introduced to the public until 1955. Polio, or poliomyelitis, is an infectious viral disease.

It may strike at any age and affects the nervous system. Between the late 1940’s and early 1950’s, polio disabled around 35,000 people each year in the United States alone.

With the introduction of the vaccine, polio was virtually eradicated from the United States. The World Health Organization reports polio cases have decreased by more than 99 percent since 1988, from an estimated 350,000 cases, to 1,352 reported cases in 2010.

Post-polio syndrome (PPS) is a condition that affects polio survivors, years after their recovery from the poliomyelitis virus attack. In many circumstances polio survivors start to experience weakening in their muscles and joints.

The most common symptoms include progressive muscle weakness over time, fatigue (both generalized and muscular), and a gradual muscle size decrease (muscle atrophy).

Many experiencing PPS have pain from joint degeneration and increasing skeletal deformities such as scoliosis (curvature of the spine). Some individuals experience only minor symptoms while others develop visible muscle weakness and atrophy.

Post-polio syndrome is rarely life-threatening, but the symptoms can significantly interfere with an individual’s ability to function independently. Respiratory muscle weakness, for instance, can result in trouble with proper breathing, affecting daytime functions and sleep. Weakness in swallowing muscles can result in aspiration of food and liquids into the lungs and lead to pneumonia.

Many polio survivors lose motor function in their legs and thus cease to walk. As a result, obesity and all of the health issues that follow, can become an issue.

Sunny Roller is one such individual who suffers from PPS. “My doctor told me I had to lose weight. She said my liver and pancreas are on the verge of serious disease, and that my mobility is at high risk for failure. It’s so difficult for me to move around anymore. I can no longer walk and because of this I must use a wheelchair and scooter regularly,” said Roller.

Roller began exercising with the NuStep T5. NuStep provides all-inclusive, adaptable exercise equipment. NuStep has a multitude of accommodating functions for those dealing with physical impairments, obesity, and other ailments.

Roller said, “My plan not only involves eating the right food, it also includes exercise. My best hope for aerobic exercise is to work out on the NuStep 4-5 times a week. Because of my leg paralysis, the NuStep is the ONLY machine I can use. No bikes, No treadmills, and No ellipticals.

So thank goodness the NuStep was invented! In my opinion, it’s a great exercise option for polio survivors like me. According to my doctor, regular exercise can help save my life!”

Emily Schneider, Digital Marketing Specialist at NuStep, earned her BA in Mass Communications and English Literature at Saint Mary’s College, Notre Dame, IN. She earned her MA in Journalism from Michigan State University. She enjoys fine art, theater, watching movies, staying active at the gym, and spending time with her pets, family and friends.