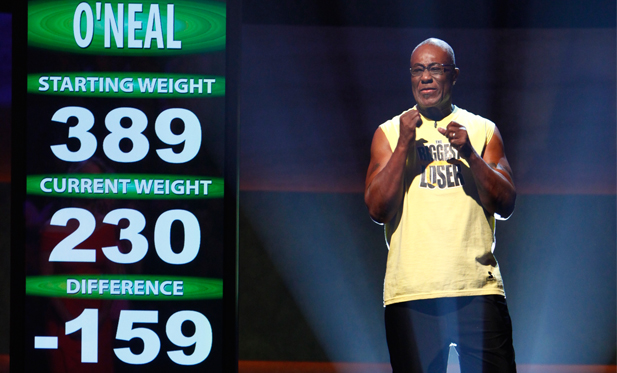 Starting a journey is never easy. We knew what to do to get healthy (eat right and exercise), but knowing something and doing something are two very different things. Before The Biggest Loser, I was 425 pounds and SunShine weighed in at 275 pounds.

There are many hopeless feelings and little quality of life at such an unhealthy weight. I wasn’t always overweight. After I ended my time in the military I had some knee injuries and used them as an excuse to support my unhealthy lifestyle.

At that same time I also settled down to start a family. I focused on them and not myself. Another glorified excuse. The years had passed and our family grew and before I knew it, I woke up one morning weighing over 400 pounds.

Even after I realized my weight was a problem, I kept making rationalizations and telling myself it wasn’t that bad. I was blind to truth and didn’t want to face it, but I wasn’t the only family member struggling with weight.

The worst pain of all was listening to SunShine share all the ways her weight was holding her back and causing her pain. She couldn’t go to her high school dances because she would never get asked out and even if she did, she couldn’t wear a formal dress being overweight. These experiences continued throughout her early adulthood and the longer it went on, the more I saw and felt her pain and lack of self confidence. SunShine always ran to me because she could relate to my issue of being overweight. She looked to me for comfort. We both shared the same misery and even enabled each other at times.

We knew we needed to make a serious change, but it wasn’t going to be easy. In fact, it seemed like a problem too big to handle on our own. Little did I know, Sunshine had an idea up her sleeve that just might be crazy enough to work.