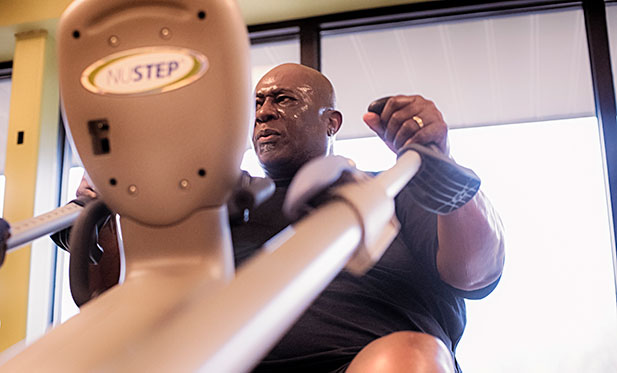 O’Neal Hampton (a former contestant on ABC’s The Biggest Loser ) knows the challenge of losing and maintaining a healthy weight. While it’s an ongoing journey, O’Neal continues to learn a lot about himself along the way. He shares his experiences via this video blog series.

In this episode, O’Neal talks about the benefits of his daily NuStep workouts.  For example, he starts each day with a good workout because it sets the course for a productive day.