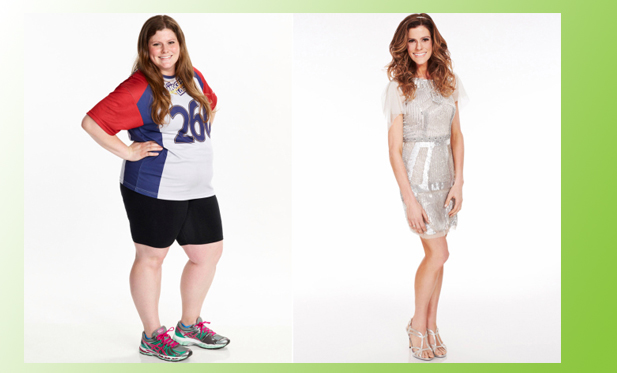 Family, friends and fans – In this week’s post I would like to touch on a hot topic in the news: Rachel Fredrickson, Winner of Season 15 of The Biggest Loser. Many are saying she looked to skinny and went too far with her weight loss. They are saying she looked anorexic and unhealthy. While none of us can know exactly what’s happening in Rachel’s life right now, I can tell you how I honestly feel, from the perspective of a person who has been there, done the same thing, and got the t-shirt. I believe she is healthy.

Contestants are always under a doctor’s care while on the show. There is no way that The Biggest Loser or NBC would let her walk across that stage if they felt she was unhealthy. At the time of a weigh-in each contestant takes a urine analysis to make sure they are hydrated and there is nothing in their system that shouldn’t be.

They also have a full blood tests to make sure they are healthy in other aspects. All of this is done before a finalist ever steps on a scale. For example, if a contestant were shown to be dehydrated they would make them drink water or Gatorade until their levels come to where they should be.

These tests defeat the purpose of not drinking or trying to starve yourself. The producers will also remove anyone from the show if they feel they did something illegal or scrupulous. So from experience, those are the reasons I am confident she was healthy enough to walk across that stage.

But no matter the physical “stats” many are throwing around to justify their speculations, in the end, people are judging her simply for the way she looked. They judged her when she was big and now when she is small. We have got to stop judging another’s worth, another’s perceived level of health, based on outer appearance. Every person’s body is different and we need to celebrate healthy lifestyles, not healthy looks.

From what I can tell, Rachel was a big competitor and she put her heart and soul into what she was doing, just like when she was a high school swimmer. Just look at all of the physical challenges she won while on the show! She should be proud of her accomplishments.

And rest assured that even now that the show is over, Rachel is still under a doctor’s care. I am sure Dr. H would be happy to continue her journey with her. And we shouldn’t be casting blame on Dolvett either.

He is an extremely professional and compassionate trainer who cares about his contestants. Not to mention, each finalist spends a good amount of time at home, without their trainers, leading up to the finale. Rachel obviously worked hard during that time to transform herself and win. The same as anyone could have done.

I will always support my Biggest Loser family as long as they are doing the right things, to the best of my knowledge. Whether a contestant loses, gains or stays right where they are, I support and understand their journey to a healthier life.

Unless you’ve been through this process yourself, I urge you not to judge based on appearances. Let the show inspire you to get healthy, but don’t let it become an excuse to speculate about those you don’t personally know.